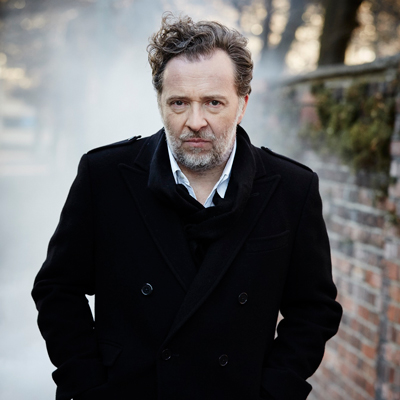 Together with his regular piano partner Gerold Huber, he has dedicated himself to the interpretation of Lieder for 30 years now - in concerts and recordings - and has been awarded important prizes for many years. The Lied Duo is at home on the stages of the international Lied centres: in the New York Halls, the Concertgebouw and Muziekgebouw Amsterdam, the Cologne and Berlin Philharmonics, the Paris Cité de la musique, the Konzerthaus and Musikverein in Vienna, the Teatro de la Zarzuela in Madrid and especially in London's Wigmore Hall. The duo also performs regularly at important festivals.

Collaborations with conductors such as Sir Simon Rattle, Daniel Harding, Herbert Blomstedt, Bernard Haitink, Christian Thielemann, Kirill Petrenko, Nikolaus Harnoncourt, Pierre Boulez, Daniel Barenboim, Andris Nelsons, Kent Nagano and Mariss Jansons have taken him to the most important concert halls of the world. Among the orchestras with which Christian Gerhaher works most frequently are the London Symphony Orchestra, the Amsterdam Concertgebouw Orchestra and especially the Berlin Philharmonic Orchestra, of which he was the first singer to become Artist in Residence, as well as the Radio Symphony Orchestras of the Swedish and especially the Bavarian Radio.

The beginning of the 20/21 season, like the end of last season, is marked by Corona. Long planned opera productions such as Wozzeck in Aix (July 20 with Simon Rattle/Simon McBurney) as well as concerts and recital tours could not take place, other dates arise at short notice, often only streamed, e.g. the Monday concerts of the Bavarian State Opera, or in front of a small audience, as at the MDR Musiksommer or the Festival d'Aix. A performance of Othmar Schoeck's Elegy with the Basel Chamber Orchestra conducted by Heinz Holliger is scheduled to reopen the Basel Casino in August 20. Lieder recitals in Elmau, London's Wigmore Hall and the Bavarian State Opera herald the start of the season in September, with Franz Schubert and Alban Berg on the programme. Appointments with the Bavarian Radio Symphony Orchestra (in October Berlioz Nuits d`été with Stéphane Denève, in February Mahlers Kindertotenlieder with Robin Ticciati), the Swedish Radio Symphony Orchestra (in January 21 Mahlers Wunderhornlieder with Daniel Harding, of the Staatskapelle Weimar (in April 21 Alphons Diepenbrock's Im großen Schweigen mit Peter Gülke), Lieder recitals with Schubert's Schwanengesang (Helsinki, Stockholm, London, Paris in January 21 and in March 21 to Hong Kong and Tokyo) are on the calendar.

Christian Gerhaher is a sought-after performer, not only in the song and concert field, but also on the opera stage. He has been awarded the "Laurence Olivier Award" and the theatre prize "Der Faust". His roles include Eisenstein (Die Fledermaus), Posa (Don Carlo), Amfortas (Parsifal under Kirill Petrenko), Lenau (Lunea Holliger, premiere 2018), Figaro and Conte (Le nozze di Figaro) as well as the title roles in Don Giovanni, in Debussy's Pelléas and Mélisande (CD with LSO Live, Sir Simon Rattle) and in Henze's Der Prinz von Homburg. The key role of Wolfram in Richard Wagner's Tannhäuser was and remains a constant in his calendar at the houses of Berlin, Vienna, London and Munich. Performances at La Scala in Milan in the spring of 2020 have unfortunately been cancelled. A milestone in Christian Gerhaher's opera career was his debut as Wozzeck in September 2015 in Andreas Homoki's celebrated production at the Zurich Opera House (DVD for Accentus; Gramophone Award 2017). Also in Zurich in November 2020, Christian Gerhaher's role debut as Simon Boccanegra (Fabio Luisi/Andreas Homoki) can be experienced. At his home base, the Bavarian State Opera, the programme includes the revival of Tannhäuser and, in May 21, the new production of Aribert Reimann's Lear (Jukka Pekka Saraste/Christoph Marthaler).

As an exclusive partner Christian Gerhaher releases his CDs with Sony Music. Together with his pianist Gerold Huber, the cycles of Schubert, Schumann and Mahler are available here. Together with BR Klassik and the Heidelberger Liedzentrum, Sony Classical is currently making a large-scale recording of all songs by Robert Schumann. In November 2018 the first album "Frage" was released, for which Christian Gerhaher was awarded both the Gramophone Award and the Opus Klassik as Singer of the Year. After the album "Myrthen", released in November 2019, the release of the complete recording is planned for spring 2021.

Christian Gerhaher and his wife live with their three children in Munich.