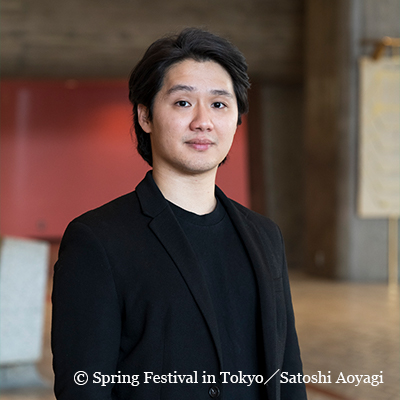 Recognized for his remarkable versatility in opera, ballet, and symphonic conducting, the fast-rising young Singaporean conductor Chiya Amos is currently Conductor of the Mariinsky Theatre Alania, as well as Regular Guest Conductor of the Alania Mariinsky Orchestra at the North Ossetian Philharmonic.

After making his debut as an emergency substitute conductor with Cosi fan tutte in St. Petersburg, Chiya has been regularly invited as an opera and ballet conductor in several opera theatres throughout Russia such as the Mariinsky Theatre,

Upcoming highlights of the 2019/2020 season include returning to the Alania Mariinsky Theatre to conduct Aida, La Traviata, Onegin, and Carmen, opening the 80th season with a new production of Rigoletto at the Buryat Opera and Ballet Theatre, as well as debuts with the Filarmonia Orchestra Xalapa, Kostroma Symphony Orchestra, and others.

Following piano and composition studies at the Trinity Laban Conservatoire of Music and Dance in London, Chiya graduated from the Rimsky-Korsakov St. Petersburg State Conservatory where he studied opera-symphonic conducting with Leonid Korchmar. He also studied conducting with Riccardo Muti in Tokyo and Teodor Currentzis in Perm, vocal coaching with Larisa Gergieva at
the Mariinsky Academy of Young Opera Singers, and was an assistant conductor to Yan Pascal Tortelier with the Iceland Symphony Orchestra and the BBC Philharmonic in 2016-2017. Chiya has been awarded several prizes in piano, composition, and conducting, including the First Prize at the II International Conducting Competition St. Petersburg Open in Russia (2017), and has been generously supported by the FJ Benjamin-Singapore Symphony Orchestra and the Trailblazer Foundation Singapore.