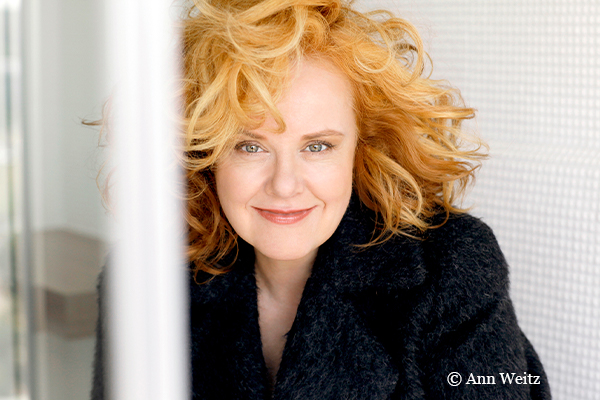 Peter Lang is one of the most renowned Wager singers of today. She sang Isolde in Bayreuth, Munich and Vienna and was Brünnhilde in the Ring Cycles at the Semper Opera Dresden under Christian Thielemann, at the Vienna State Opera under Peter Schneider and at the Grand Théâtre de Genève under Ingo Metzmacher. She interpreted Brünnhilde also in Bamberg, Berlin, Budapest, Bucharest, Dortmund, Lucerne, Munich, Paris, Stuttgart and Tokyo.

Her legendary Ortrud earned worldwide recognition. Starting off as a lyric mezzo, she was quickly recognized for her interpretation of Judith (“Bluebeard’s Castle”), Cassandre (“Les Troyens”), Ariadne (“Ariadne auf Naxos”), Marie (“Wozzeck”) as well as her Wagner roles of Brangäne, Sieglinde, Venus, Kundry, Waltraute and Fricka.
Petra Lang sang at the major houses on both sides of the Atlantic and appeared at the festivals in Salzburg, Bregenz, Edinburgh and Bayreuth (Brangäne, Ortrud and Isolde). Her Cassandre on the live recording of Les Troyens under Sir Colin Davis and with the London Symphony Orchestra won her two Grammy Awards, a BRIT Award, the Preis der Deutschen Schallplattenkritik as well as the Orphées d’Or de L’Academie du Disque.
She has a special connection to the works of Gustav Mahler. She recorded his symphonies No. 2 and 3 under Riccardo Chailly with the Concertgebouw Orchestra for DECCA and in addition sings a vast concert repertoire reaching from Bach to modern. In addition, she is a sensitive Lied singer. She gave recitals with Adrian Baianu, Malcom Martineau, Carmen Piazzini, Maurizio Pollini, Wolfram Rieger, Charles Spencer and Einar Steen-Noekleberg in Amsterdam (Concertgebouw), Brussels (La Monnaie), Dresden (Semperopera), Edinburgh, Geneva (Victoria Hall, Grand Théâtre), Gent, London (Wigmore Hall, St. Lukes), Milan (La Scala), Munich (Gasteig), New York (Carnegie Hall, Danny Kaye Hall, Rockefeller University), Tokyo and Paris (Châtelet, Louvre, Salle Pleyel).
Petra Lang was born in Frankfurt am Main. After graduating as a violinist, she studied voice with Gertie Charlent and Ingrid Bjoner. She also worked on her Wagner roles with Astrid Varnay and studied with the Italian tenor Angelo Loforese. She visited master classes of Judith Beckmann, Brigitte Fassbaender, Hans Hotter, Dietrich Fischer-Dieskau and Peter Schreier.
Ms. Lang is a passionate teacher herself. Already during and after studying the violin she worked as a teacher (1982-1989) for Violin and Viola and taught early music education and basic musical studies at the music schools in Gross-Gerau and Rüsselsheim.
She gave masterclasses (voice) for the Mahler Society London (2006), at the Cologne University for Music (2007), in Münster (2007/2008) and London (2009, 2012). A masterclass for Wagner singing during the 2013 Bayreuth Festival as well as at the St. Goar Music Academy (2014/15), for the studio of the Cologne Opera, at the University for Music in Mainz and at the Richard Wagner Society Switzerland in Zurich (both 2018).
Based on her fundamental educational experience, it is important to her to provide young colleagues with tailored incentives and help for their professional singing with focus on voice education, register counselling, role studies, interpretation, individually and job-oriented career planning.
She invented the masterclass concept PetraLangKlang© which includes elements of the PeterHess®-Soundmassage.